Facial plastic surgery for men is a rapidly growing demographic. Men are often staying in the workforce for longer periods of time, often where youth and health are emphasized and rewarded. Cosmetic surgery of the face can often have dramatic effects in a man’s outward appearance and overall self-confidence.

There are a number of differences in terms of masculine aesthetics that impact incision planning and postoperative recovery, therefore special considerations are taken into account during cosmetic surgery for men. For example, the male hairline pattern and the fact that a man’s eyebrows are typically lower and more horizontal than their female counterpart, are considered prior to surgery. Similarly, incision planning for a facelift is often modified in order to avoid displacement of facial hair into the ear canal. These modifications are best discussed in person during the consultation.

Male Baldness
Nobody wants to lose their hair, and unfortunately male baldness significantly affects over two-thirds of men. Men who experience it early or late in life feel that they are less attractive and are showing signs of aging, regardless of their actual age. Flap surgery involves a series of steps that includes identifying an area of hair on the head that is not at risk for hair loss and cutting a flap that is rotated into a new position where there is hair loss.

The effects of scalp flap surgery are seen immediately and will restore natural hair to bald areas in the same style and thickness as the rest of the head. There are other procedures, such as hair transplants and plugs. These are not performed at this center. 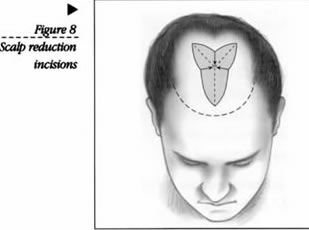 Scalp flaps for male baldness is usually performed under general anesthesia and requires several stages. The first couple of stages are relatively minor and prepare the flap to be mobilized. The definitive stage utilizes the flap from hair bearing areas and transposes them to the desired regions such as the anterior hairline. Occasionally an additional procedure is necessary to refine the edges and scalp contours.

A full head wrap bandage is usually necessary to maintain pressure on the operated areas. The definitive stage will usually be associated with a small drain that is removed after one to two days. Many people will have some degree of numbness in areas of the scalp that slowly resolve over the course of one year.

Will I need to have this procedure repeated?
The scalp flap comes from areas that have proven to be refractory to hair loss. With this in mind, the transposed flap should maintain its hair indefinitely.

What are possible complications?
The scalp flap is tenuous and the border of the flap may die. When this occurs, one can get areas of scar that does not contain hair. 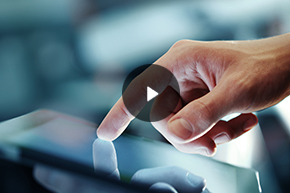